A History of Google Algorithm Changes

Google’s Algorithms are a top-secret component of Google that relies on over 200 signals that helps give users the results they’re looking for when using Google. Over the years, it has gone through a long series of updates and changes to prevent any company from “hacking” and abusing the system. The systems they use to calculate these page rankings put the most important and relevant websites higher up on the results page, and the less important websites appearing lower down or in later pages. Some signals that they use are PageRank, how recent and frequently your content is updated, and the terms on your website. Let’s go through a brief history of the most important Google Algorithm Changes.

December 2000- Google Toolbar was launched, and with it came the advent of the Toolbar PageRank. Larry Page is one of the founders of Google, and is also the person for whom PageRank is named after. It fits in auspiciously well with its prescribed role. If you have a web domain or own a small business, you know how important PageRank is to your day to day operations. The PageRank ranks websites as a whole number from 0-10, with 10 being the most popular websites and 0 being low-traffic, unpopular websites. Google will not disclose the full specificities of how a page acquires its PageRank value, but it is only a rough measurement of the value of a web domain.

October 2005 – Google Local is introduced. In October 2005, this feature merged the Google Apps feature into the Local Business Center feature that was launched in March. This change translated to a series of changes in local SEO tactics. It pushed the importance of local businesses to update their information.

April 2010– Google LBC was rebranded as Google Places. It integrates more information from local search results into the algorithm. It worked to better connect Google Place Pages with the settings where local business information is located. It allowed for the proliferation of QR codes, Favorite Places, the ability to pay for Enhanced Listings, and Business photos of the interior of the business. Small businesses were able to better their page rankings by putting themselves on Google Maps, which introduced many of them to the field of SEO. 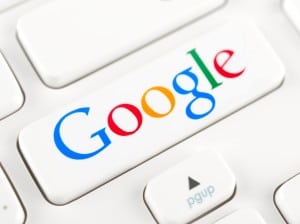 update so far. This update put the SEO world into a frenzy. It set out to penalize content farms and low-quality websites. Before this update, markets could inundate their websites with low-quality articles. These articles could be written on the cheap by outsourcing the task to people abroad who were willing to take these labor intensive jobs. These low-quality articles would be stuffed to the brim with keywords, and for a long time, Google had rewarded these pages with higher rankings. However, this update shifted the focus from quantity to quality. The crack-down also applied to websites with high ad-to-content ratios. Updates on the Panda algorithm are still being added to this day.

April 2012 – The Webspam Update is another one of those infamous, major Google updates, otherwise colloquially known as the Penguin Update. It was a further move to de-emphasize content that was rife with keywords. There was a crack down on the buying and selling of links, as well as other black hat techniques. It impacted about 3.1% of total English search queries, and minor updates continued for several months afterwards.

April 2015 – The latest update emphasizes the increasing importance of making a website optimized for both computer and mobile use. How mobile-friendly a website was made a stronger ranking factor for mobile searches. This movement is otherwise known as “Mobilegeddon“. Google’s prioritization of the mobile-first design clearly outlines their stance on the issue, so make sure your website comes with a mobile friendly tag.